Do your gums bleed when you brush or floss? If so, you’re definitely not alone! According to the American Academy of Periodontology, about 3 out of 4 people experience bleeding gums, although that doesn’t necessarily mean that 75% of us have gum disease.

There are other factors that can cause it, for example, did you know that hormonal changes during pregnancy can cause gums to bleed? Let’s explore a few other reasons this might be happening to you and what you can do about it.

I know, I know, we just said that not everyone who has bleeding gums has gum disease, but a portion of them do. It’s probably the most common reason that gums bleed when brushing or flossing, but it can be treated if caught early enough.

Most of the time, it happens because plaque and/or tartar accumulate along the gum line which causes irritation and inflammation. Your gums might feel tender and swollen and the friction caused when you brush and floss might be enough to cause bleeding.

If this happens to you, don’t worry. Schedule an appointment to have the plaque removed. We might also recommend a special toothpaste and/or mouthwash to help manage the gingivitis.

Sometimes, seeing blood when you’re brushing and/or flossing isn’t a sign of oral disease at all. Sometimes, it’s simply a result of poor oral care habits. For example, brushing too hard (something we notice in quite a few of our patients) or not flossing enough can cause gums to bleed.

We know these days, we’re all in a rush and it can be tempting to take shortcuts. However, we know you have 5 minutes a day to brush and floss properly when you wake up and before you go to bed. This is just one of those things you need to make time for in your day!

Poor nutrition and smoking can also cause gums to bleed, among other things. We are going to sound like a broken record, but if you’re a smoker you simply have to quit. Bleeding gums are just one of the many health issues associated with smoking. Oral cancer is another.

We don’t mean to scare you, but we’ve seen what smoking can do to people. If you need help quitting, we can get you some resources and offer tips to help you be successful!

Nutrition is also important. People who are deficient in Vitamin C and/or Vitamin K might notice their gums bleeding more than usual. Increase your intake of citrus fruits, broccoli, strawberries, tomatoes, leafy greens, fish, and eggs to get more of these vitamins in your diet.

Lastly, bleeding gums can be a sign or symptom of more serious health conditions like diabetes, leukemia, or heart disease. Both type 1 and type 2 diabetes can cause swelling and bleeding of the gums because the mouth isn’t as able to fight off germs, which leads to gum disease.

Bleeding gums is also a symptom of leukemia. This is because leukemia reduces the number of platelets in the body and platelets are what cause your blood to clot. When your blood doesn’t clot, you’ll notice more bleeding in general and this includes the gums.

Heart disease is a little different in that the relationship between the two is inverted. Rather than heart disease causing bleeding gums, people with bleeding gums due to gingivitis may be at a greater risk of developing heart disease. We still thought it was worth mentioning since a lot of research is starting to prove this link pretty strongly.

If you have noticed blood when you spit, please mention it to your dentist. It’s nothing to be embarrassed about and it’s something we definitely want to check out at your next appointment. 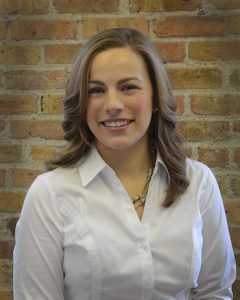 Dr. Erica has a comprehensive approach to dentistry. She evaluates the function, as well as the development of the entire mouth, and the teeth that are in it. She focuses on creating beautiful, functioning smiles that allow a patient to be their healthiest self.